← back to
Sinnbus
Get fresh music recommendations delivered to your inbox every Friday.
We've updated our Terms of Use. You can review the changes here. 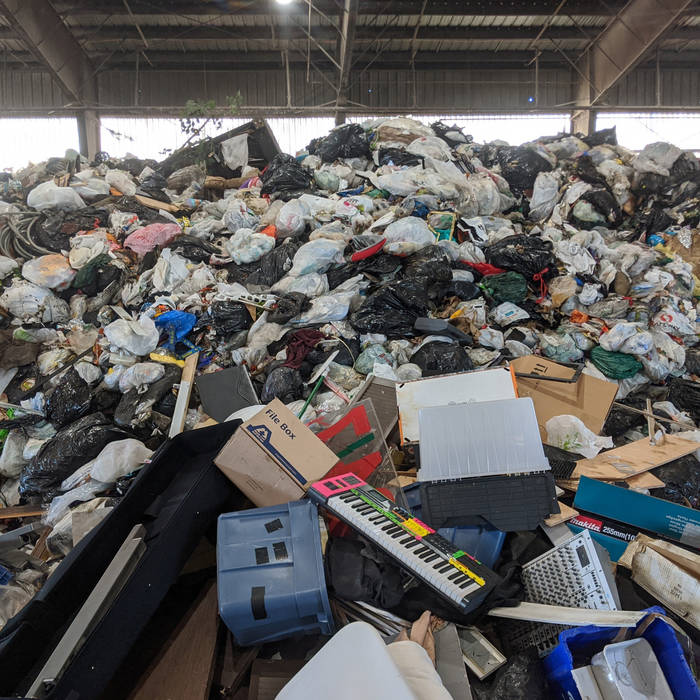 Vancouver-based experimental prog-pop band We Are The City has announced that they are amicably parting ways and dissolving the band after 12 years together.

We Are The City have spent over a decade challenging listeners with the intricacies of their genre-bending music as well as their bizarre publicity stunts. In 2011 they created a fake band and unveiled their masked alter-egos with the High School EP. Two years later they released an international award-winning Norwegian-language feature film to accompany 2013’s sprawling album Violent. In 2015 they painstakingly staged a fake live stream of their recording sessions for Above Club - all for the sheer delight and challenge of pulling off the hoax. And, in January of 2020 the band released their most sincere and heart-wrenching album, RIP, alongside the opening of a public creative space in Vancouver, which provided free co-working space during the day and hosted live performances and art exhibitions lasting deep into the night. RIP will now stand as their final full-length release.

Singer-keyboardist Cayne McKenzie, drummer Andrew Huculiak and guitarist David Menzel will say goodbye with one last track together “Lover Is Dead” being released on Sunday, Oct 11. “The song is about the end of an era and truly captures a sense of pain and loss, which comes with the decision to move forward into a new phase of life. This feeling is hard to convey to fans, as the band ends. We feel that Lover Is Dead is the best way to reveal our collective emotion, to those who care, in a time of change. Love will never die, but everything comes to an end”.

As a final farewell, the band will host a live streamed “Celebration of Life” event on Oct 23. Tickets are on sale now via www.wearethecity.ca

Cayne, Andy and David started We Are The City when they were teenagers, and in the years since then, they’ve used the project as an outlet for their wildest creative whims. We Are The City won the inaugural Peak Performance Project in 2009, they have toured the world several times over, made friends, lost friends and have shared between them a unified vision and deeply connected bond in creating music and art.

“We Are The City has been a glorious chapter for the three of us. What an awesome ride,” says the band.

“Everything that was possible for We Are The City has been achieved. It’s important as an artist to know when a project has seen its full potential. Nothing goes forever and it’s important to know when to close the book. Every party has a time limit”

When I feel nothingness crawl up my spine
I remember this My son, that’s not where you come from

I love you still, I always will That’s what makes the Sunday afternoon so painful
The mark left by my lover will never lift

When I feel emptiness soak in my mind I remember this Our son, that’s not where you come from

This is relevant, we’re like family now That’s what makes this afternoon so painful I’m your friend, I’m your witness You can call on me without hesitation, I’ll be gracious

Mille Petrozza stops by to talk about the new Kreator album, plus music by Trauma Bond